Never ones to miss out on an opportunity for a tasty treat, Bosbury children had great fun this week indulging in some pancake making and eating to mark the ever-popular day of Shrove Tuesday. 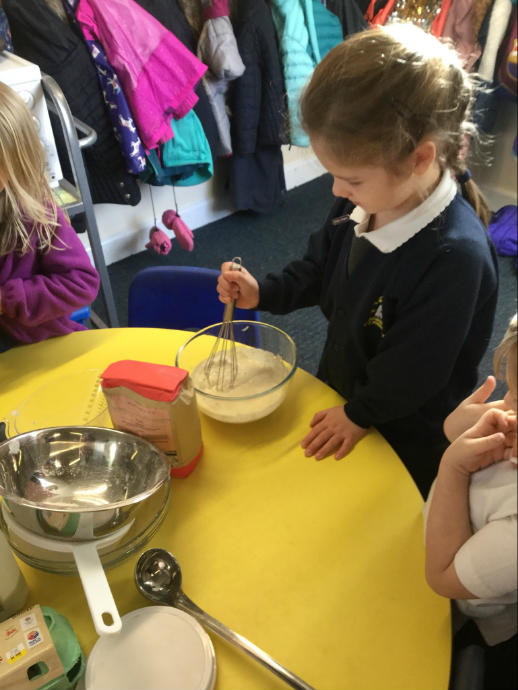 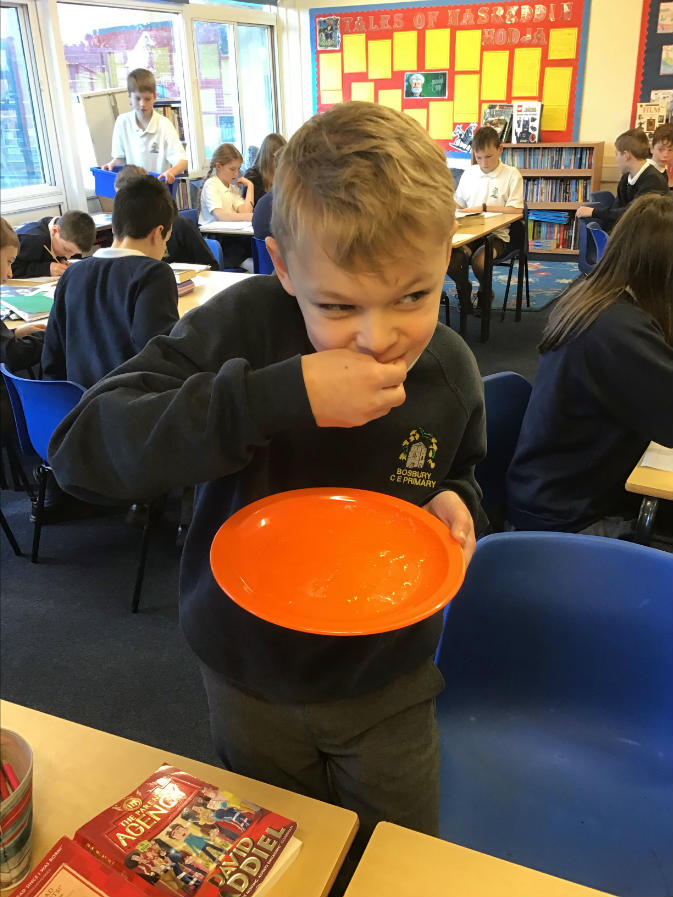 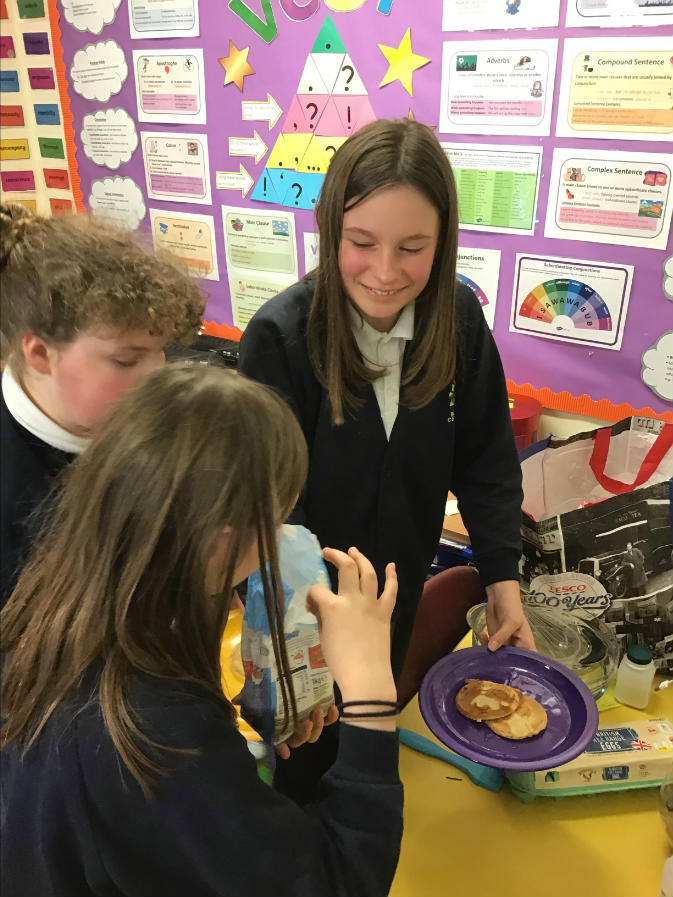 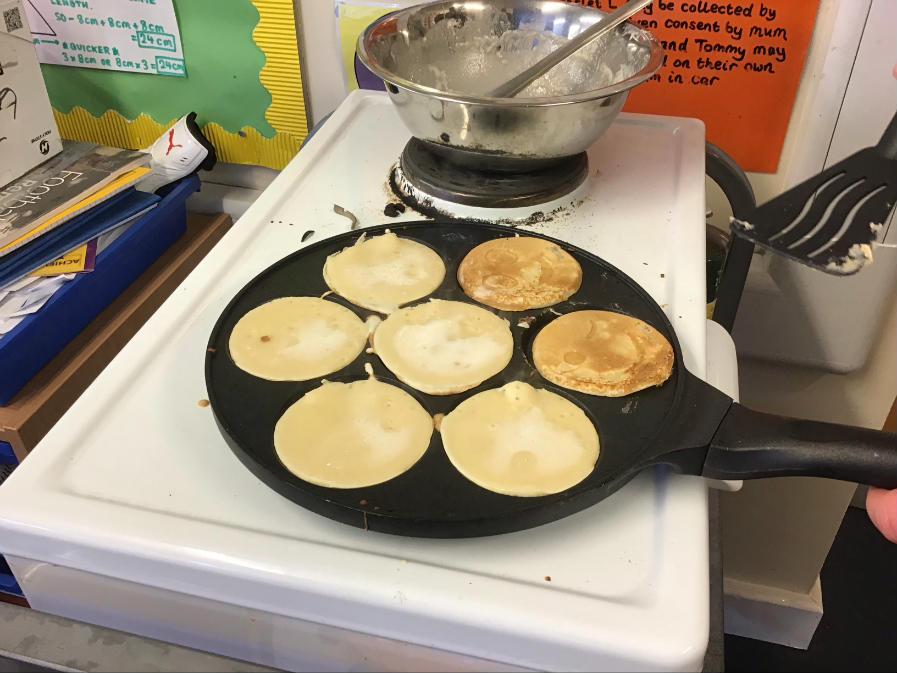 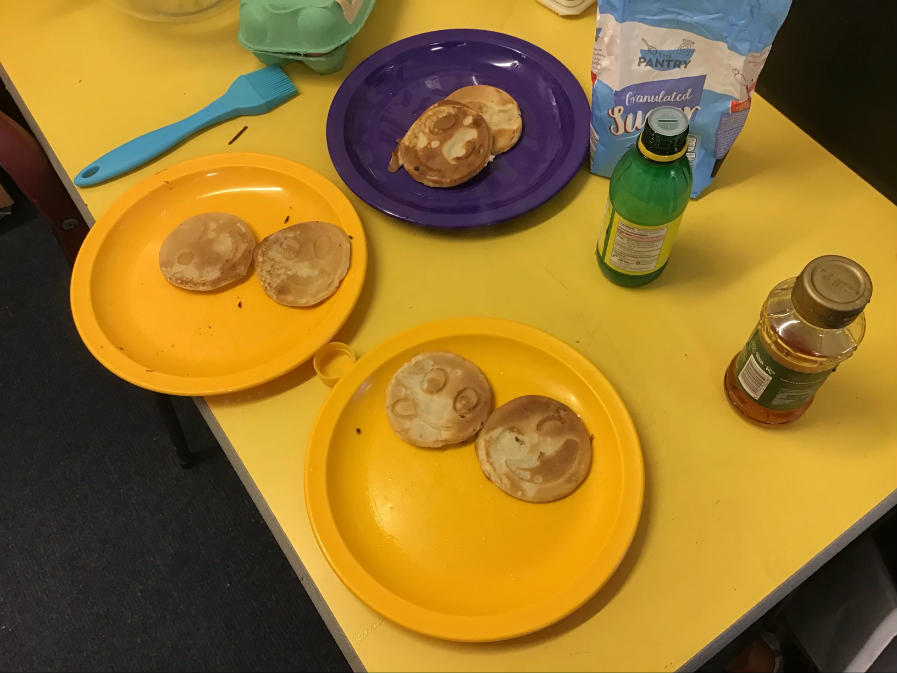 With the help of Mrs. Thompson and Miss Christie, Class 1 were able to whip up some delicious circular treats with their flour, eggs and milk, and as you can see, Bosbury's youngest diners very much approved of their bonus snack that day, even having pancakes for lunch as well courtesy of our very kind AiP lunch lady Zoe - we wonder how many of them ate all of their tea that evening...? 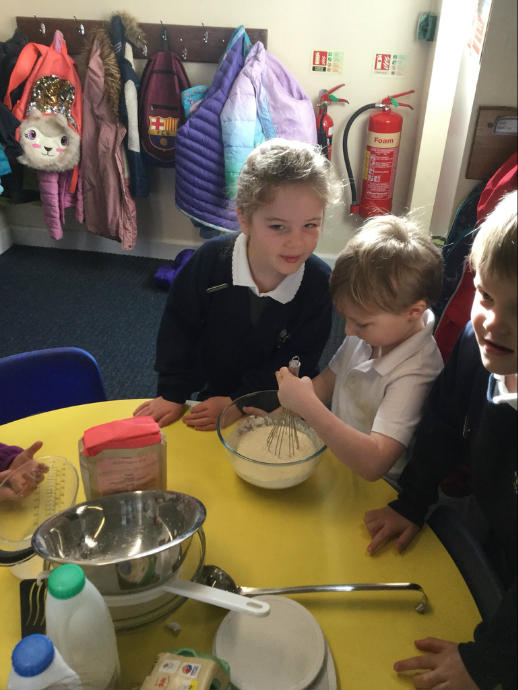 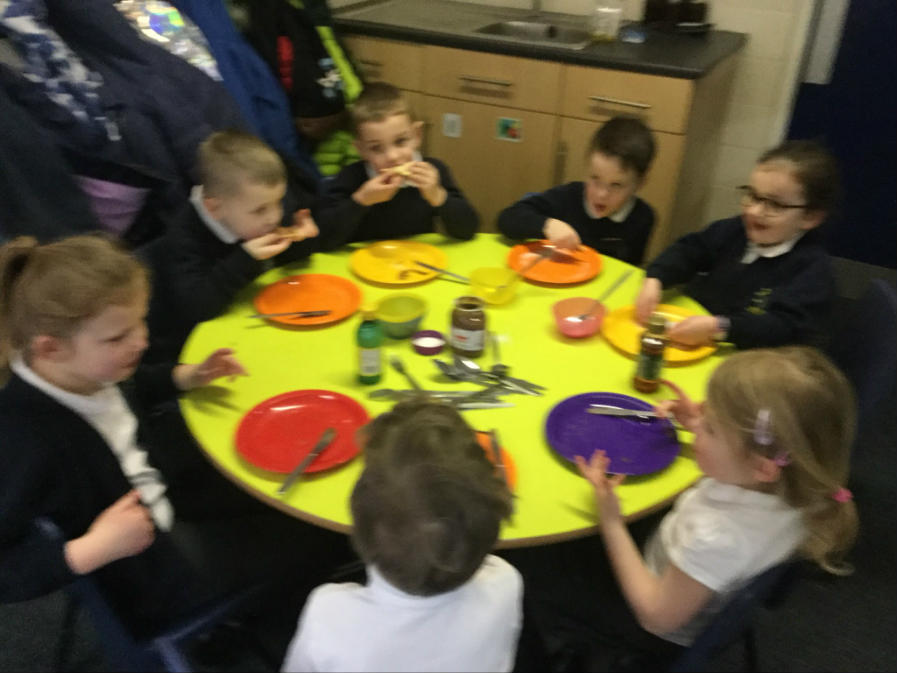 After persevering with some exceedingly tricky algebraic work in maths during the first week back at school after half term, Mr. Thompson felt that a treat was also in order for Class 1's buddies over in Class 5 as Bosbury's male chef supremo cooked up nearly EIGHTY little emoji pancakes for the hungry mathematicians to enjoy - using homemade batter, no less!

The pupils added their own little sugary extras, with some sneaky pancake munchers even being caught on camera trying to hide their additional 'acquired' treats under the table as they ate them! Five pancakes were left over, which Mr. Ponter was very pleased to receive to keep him going with this month's round of school fire door checks! 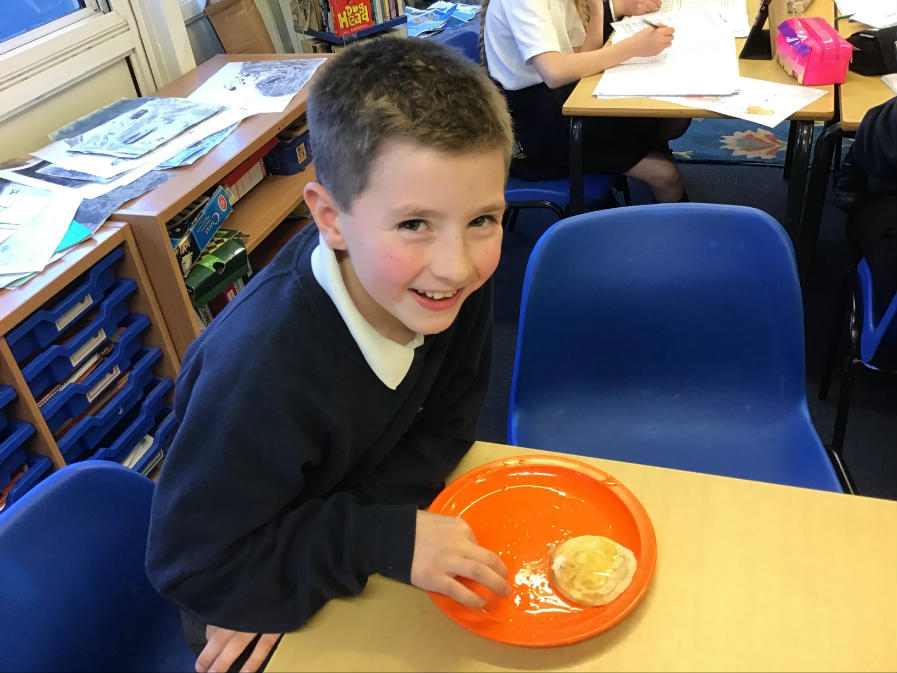 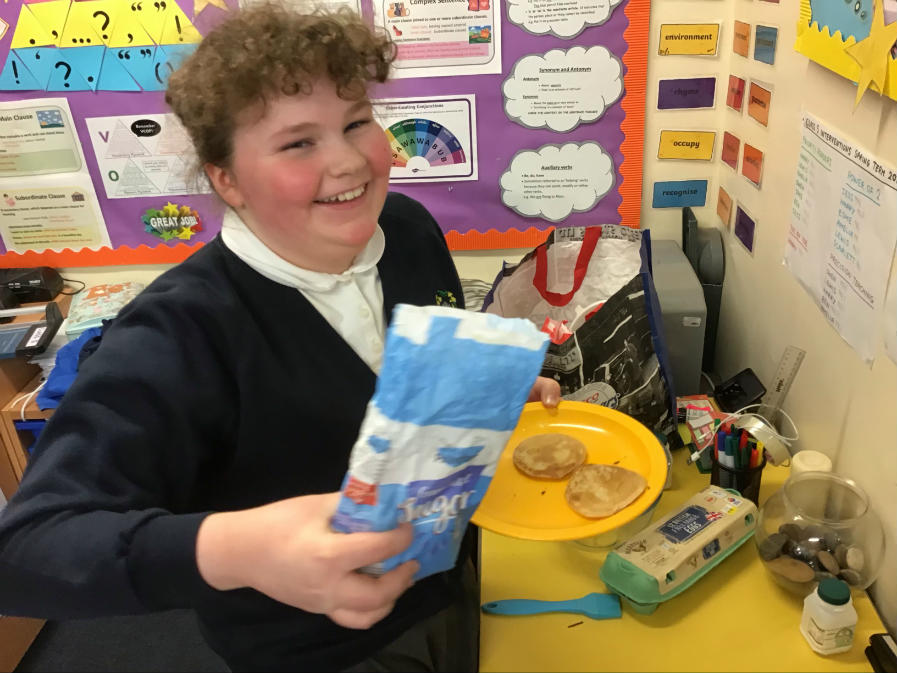 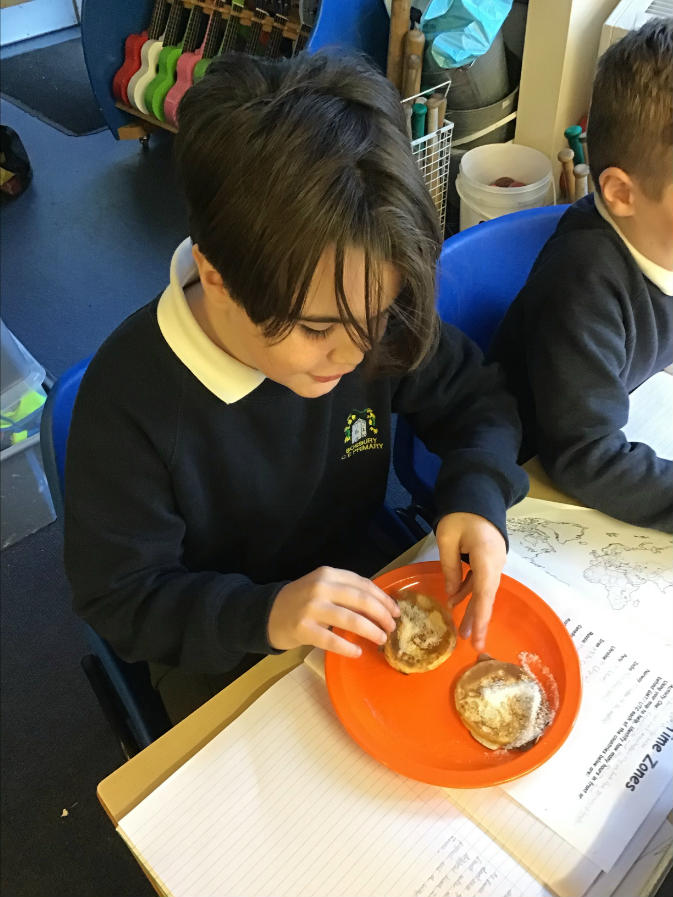 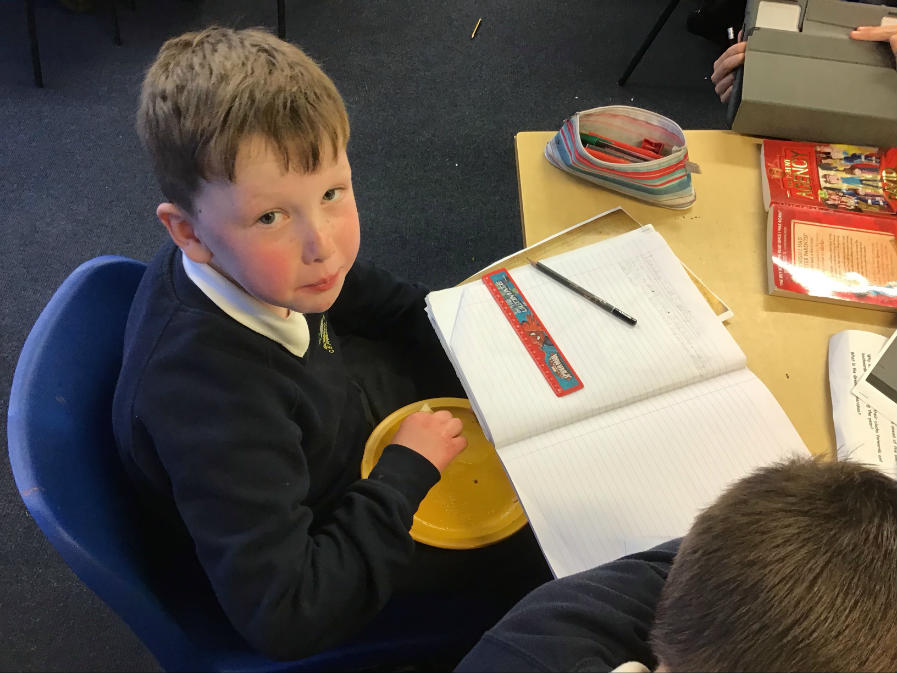 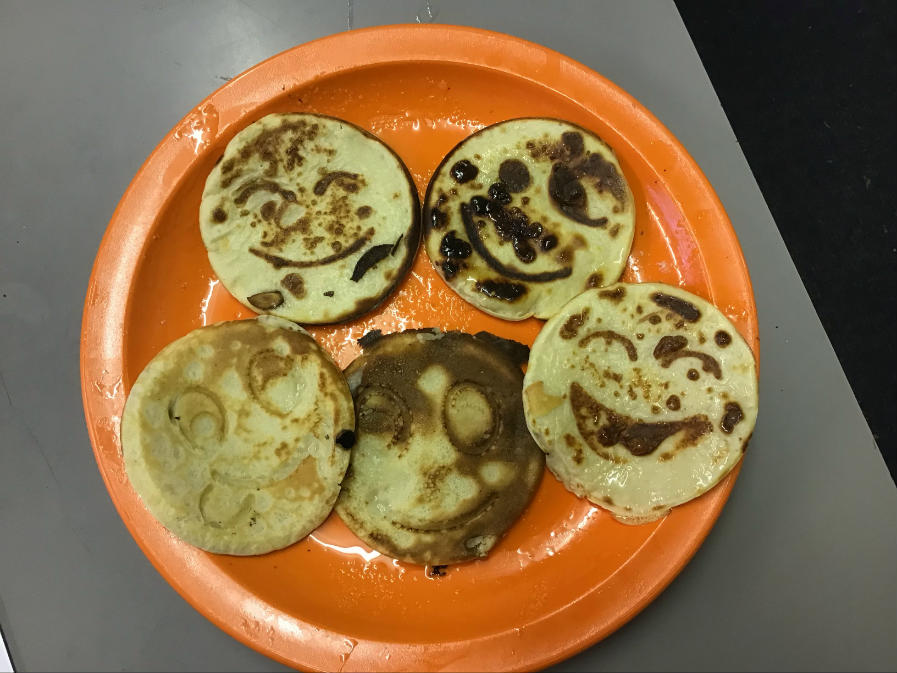 Finally, Spanish club even got in on the pancake flipping action on Thursday with Mrs. Symonds as they carefully tried to toss their panqueques!

How good is your pancake knowledge? Try this eggs-ceedingly tricky pancake mini-quiz!

ο Why do people traditionally cook pancakes on Shrove Tuesday?

ο Which day follows Shrove Tuesday in the Christian calendar?

ο Shrove Tuesday derives its name from the Anglo-Saxon word shriven, or shriving. What did this term mean?

ο How many days before Easter Sunday does Shrove Tuesday occur?

ο In which town in Buckinghamshire did the tradition of pancake racing originate in 1445?

ο In France and the USA, Shrove Tuesday is known as Mardi Gras. What does this term literally translate as?