Class 4 had an amazing day on Wednesday when a Roman solider called Titus jumped in his time machine and travelled from circa 75 BC with all of his armoury in tow to give the children, suitably dressed in authentic attire themselves, a great talk and practical experience on the life of a soldier during this fascinating period of history! 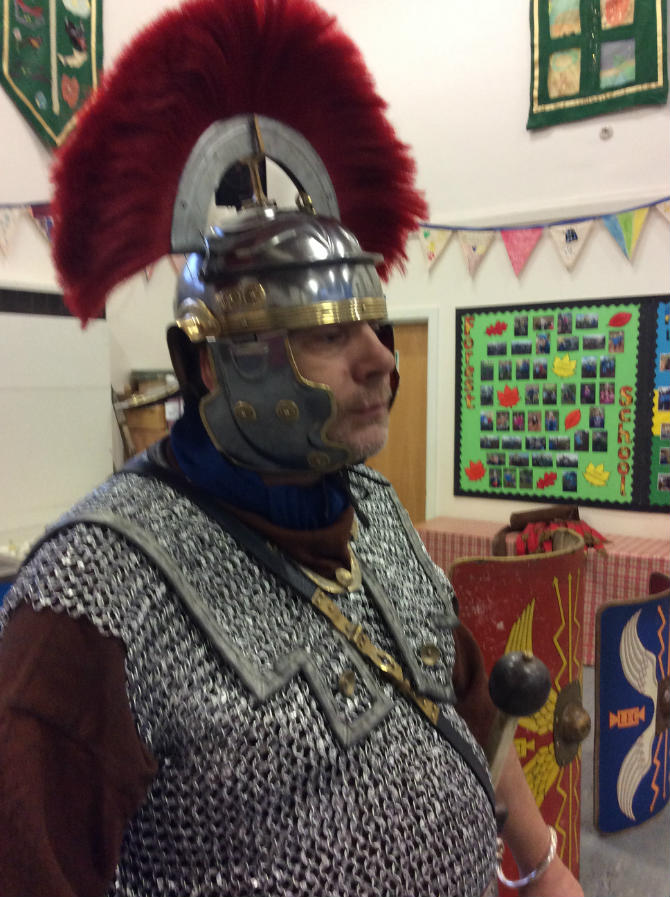 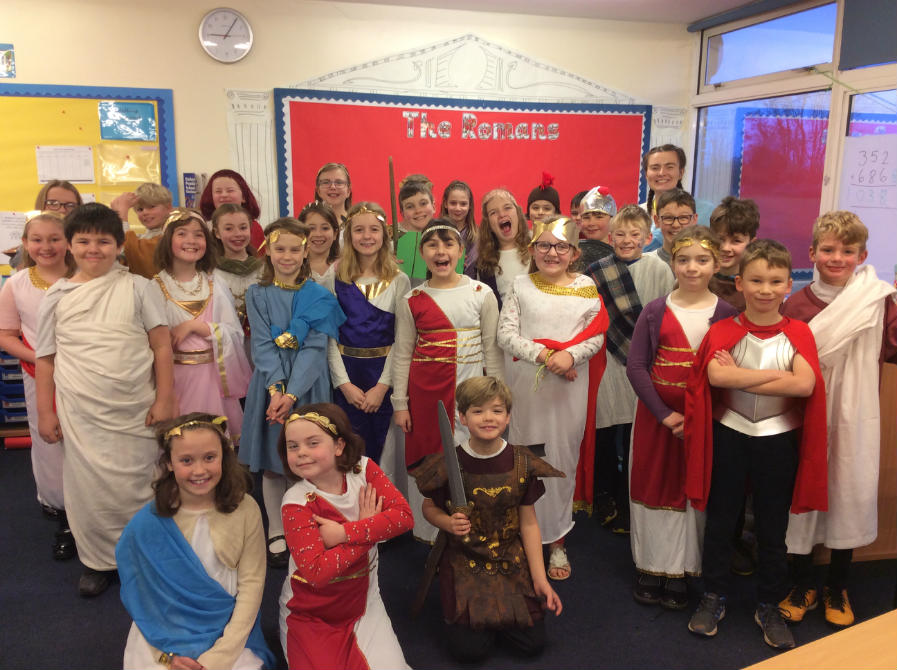 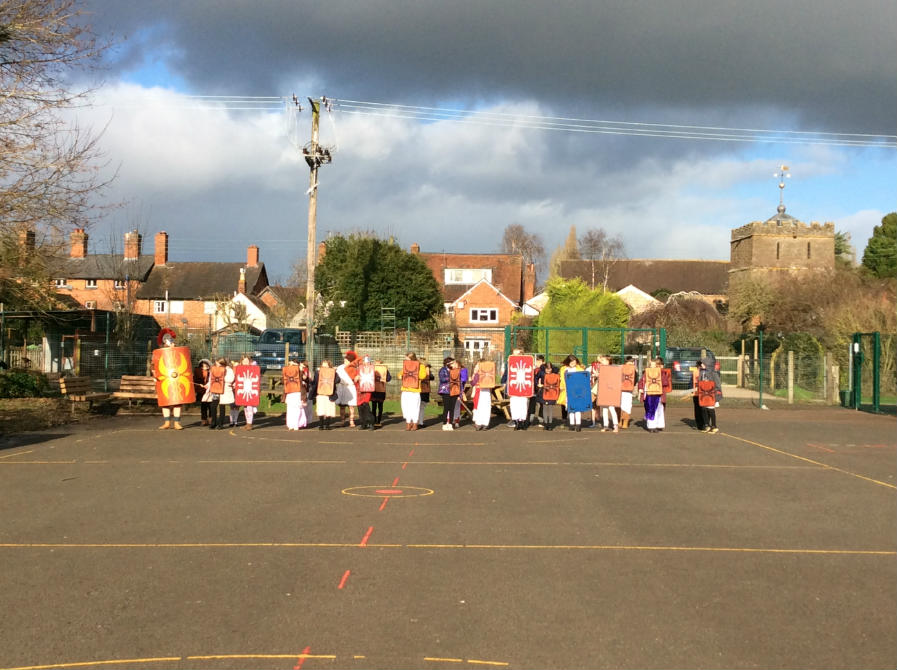 The day began in the hall where Titus showed the young Romans a variety of artefacts and weapons used by his people, with the class even getting to try on various armour and helmets and don colourful shields. The children were very surprised at how heavy the chainlink armour was and it was hard to imagine how the Roman armies could have marched many miles each day while carrying all of this gear and equipment! 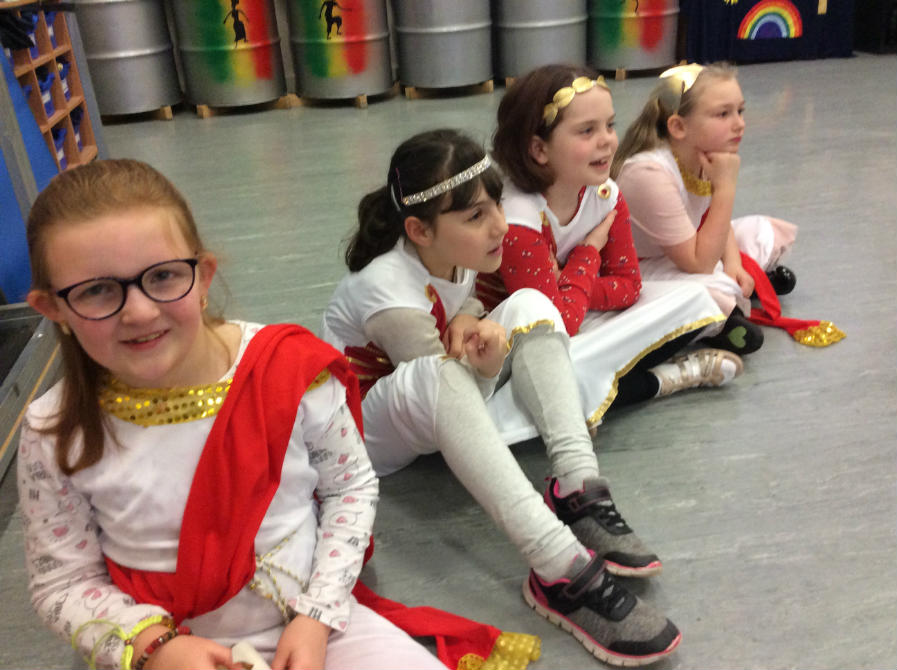 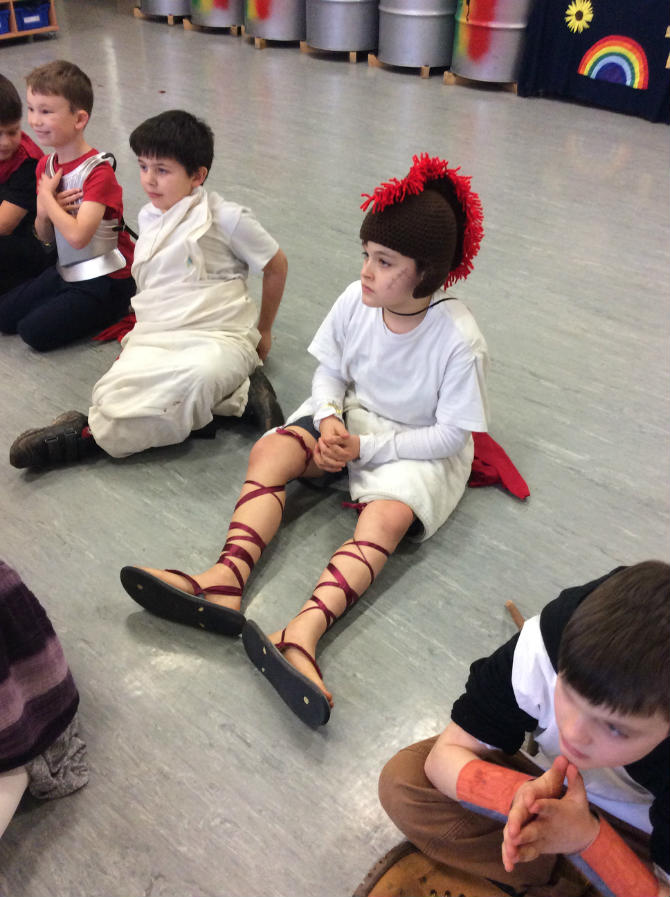 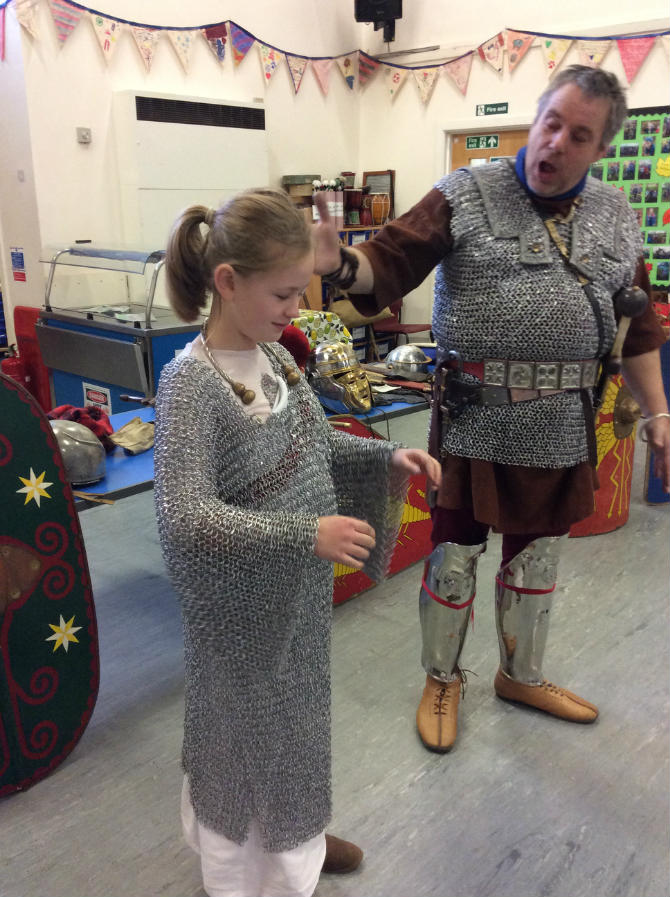 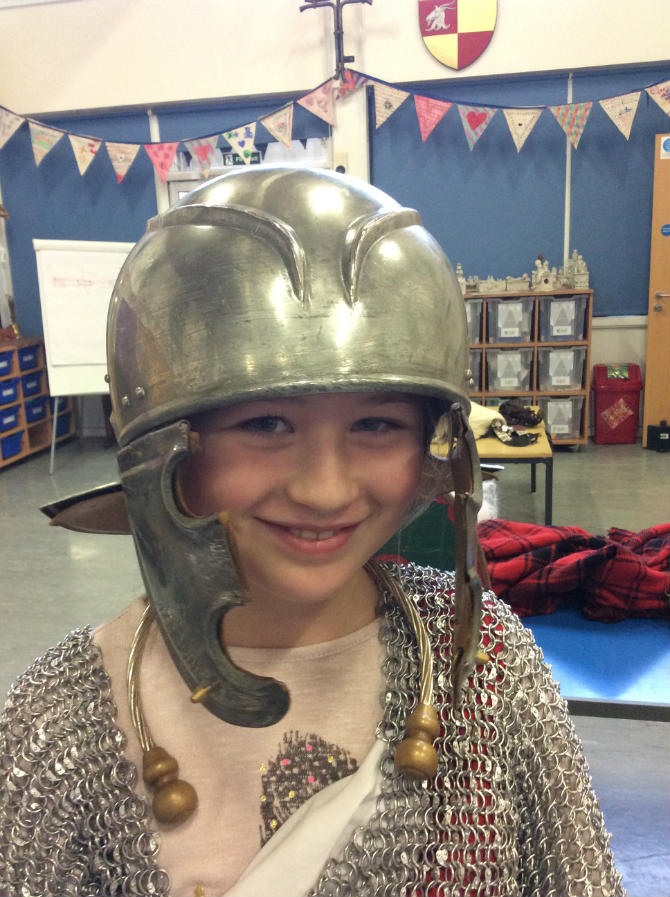 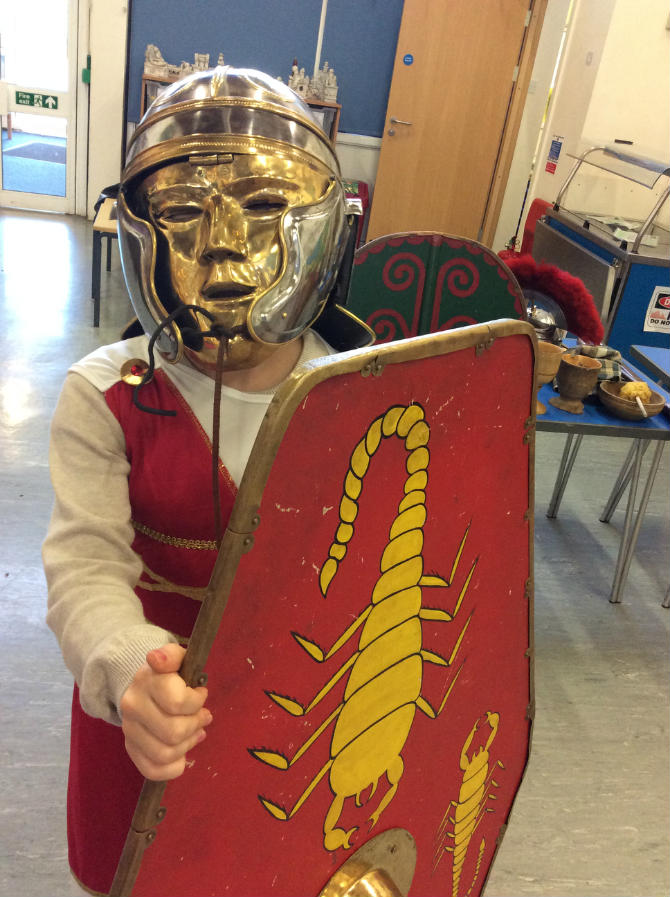 The class then embarked out on to the battlefield of the Key Stage 2 playground where they learnt all about battle techniques from Titus, including the infamous Roman technique of the testudo (or 'tortoise' formation) which involved each solider holding up their shields to form a defensive wall around the whole group. It was so effective that it kept the children completely unscathed even under fierce attack from the deadly tennis balls being launched by Mrs. McManus and Mr. Butler! 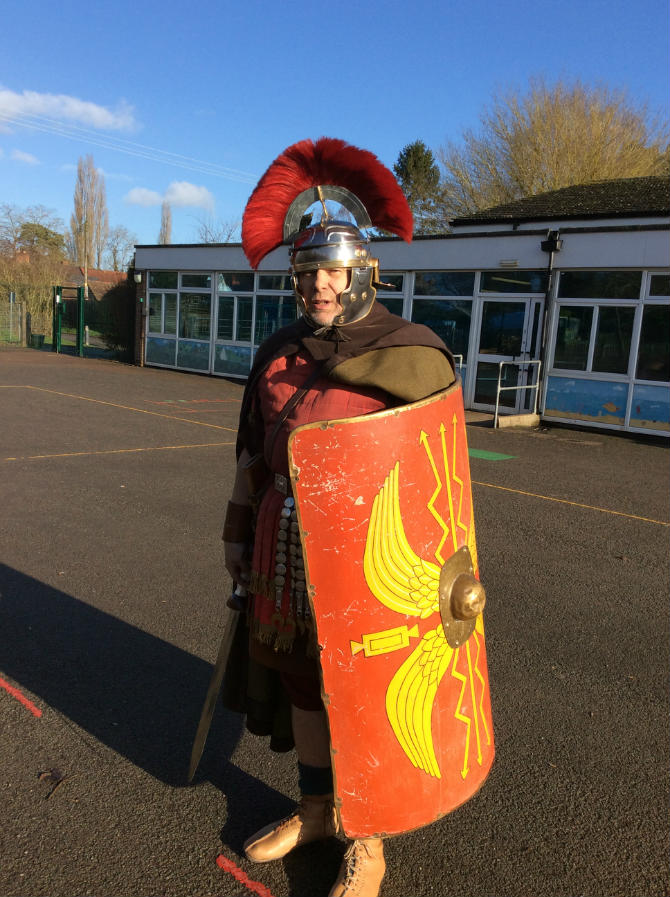 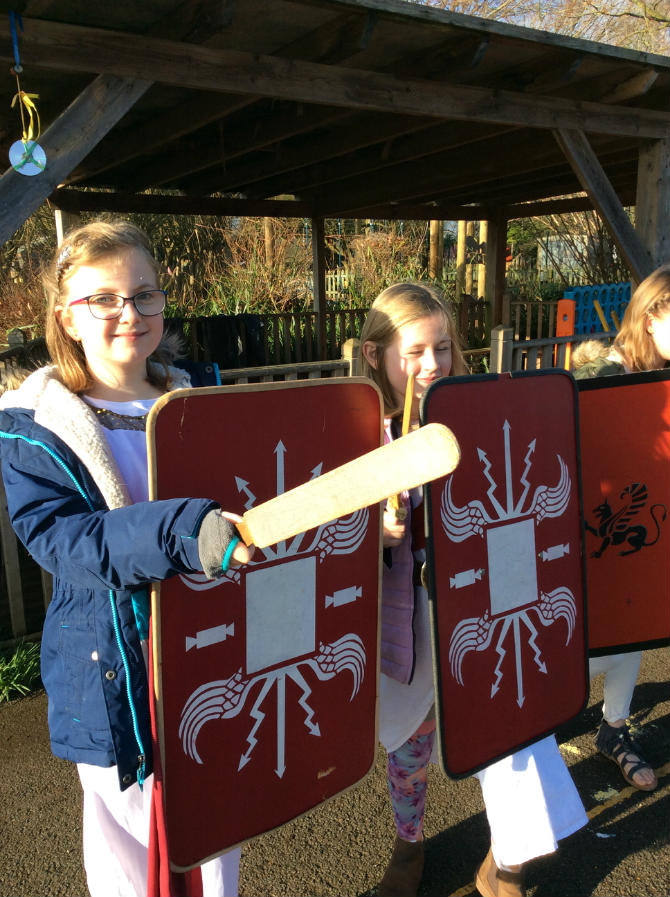 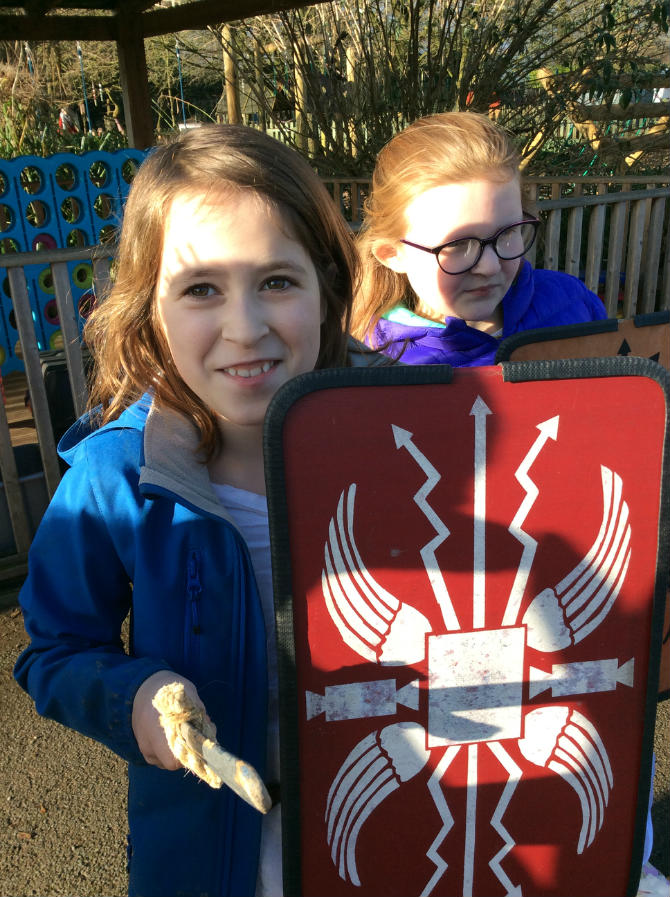 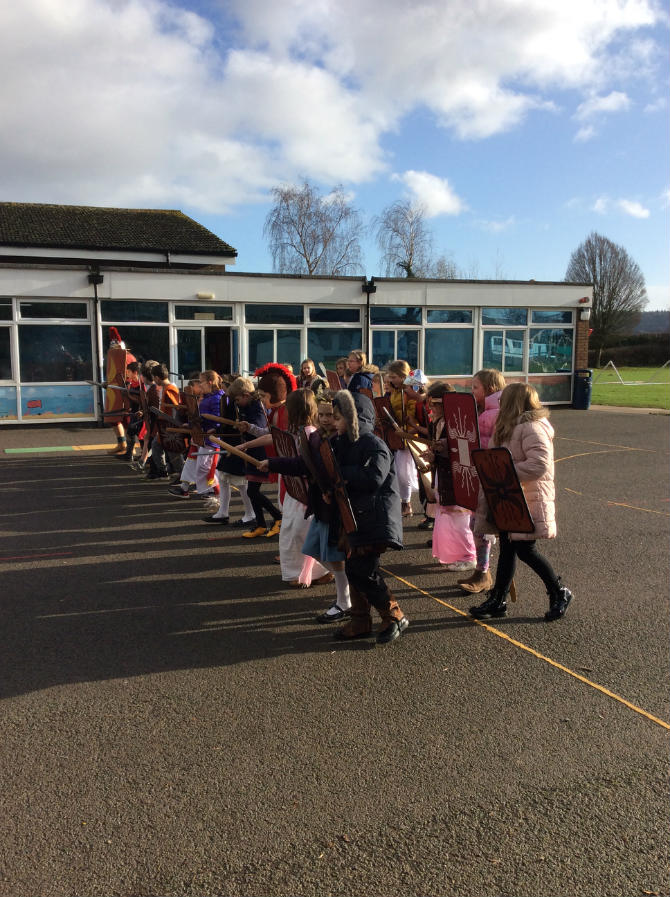 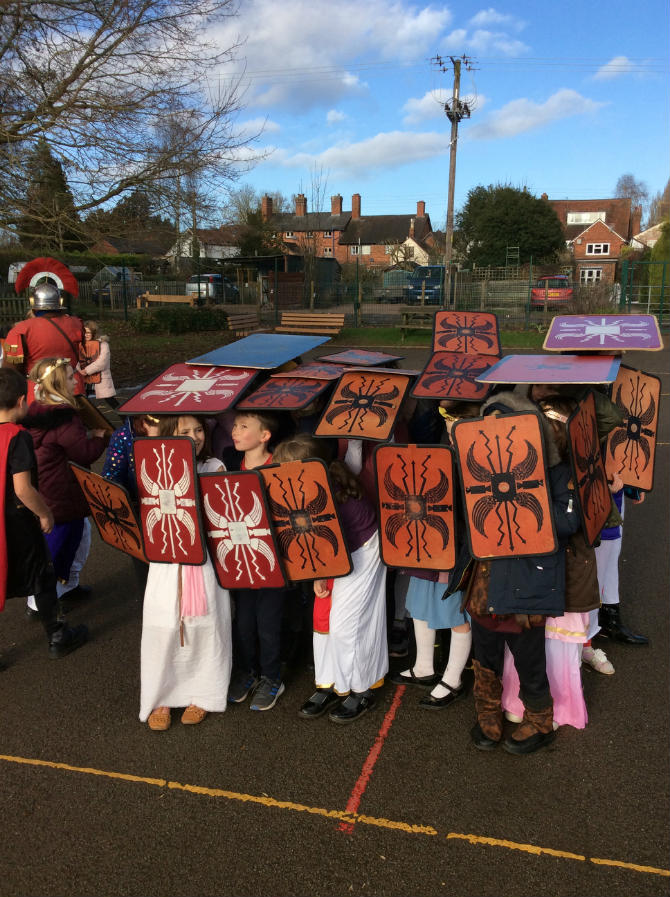 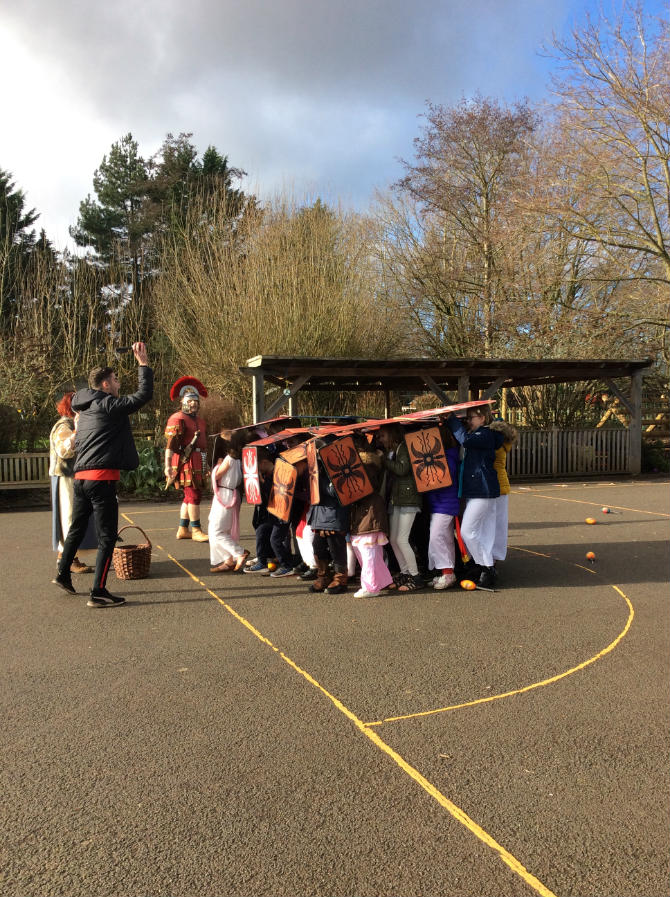 After one last charge, the Roman soldiers then returned to the classroom to try out some final pieces of armour and carry those ever-popular weighty shields. 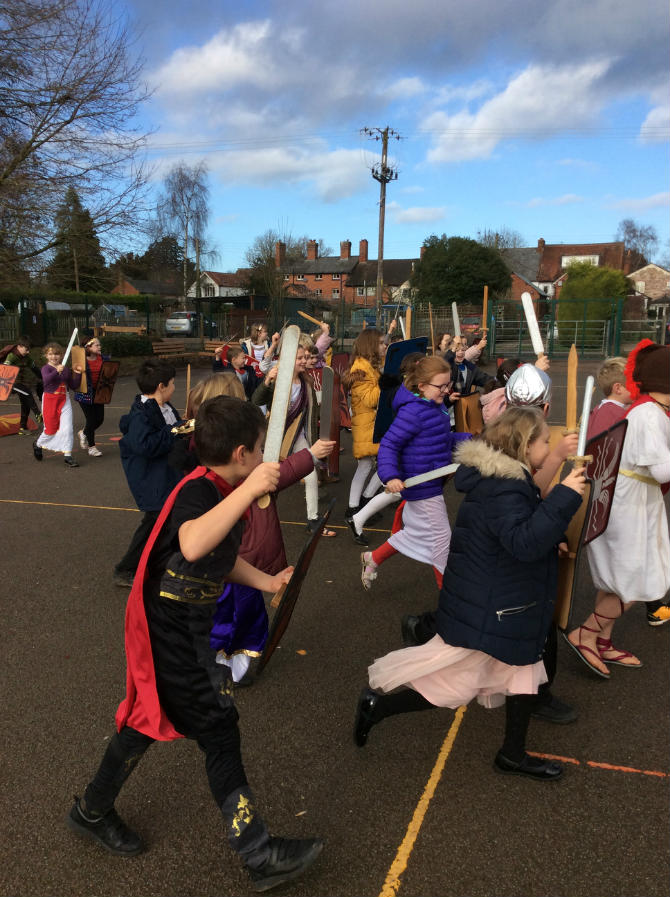 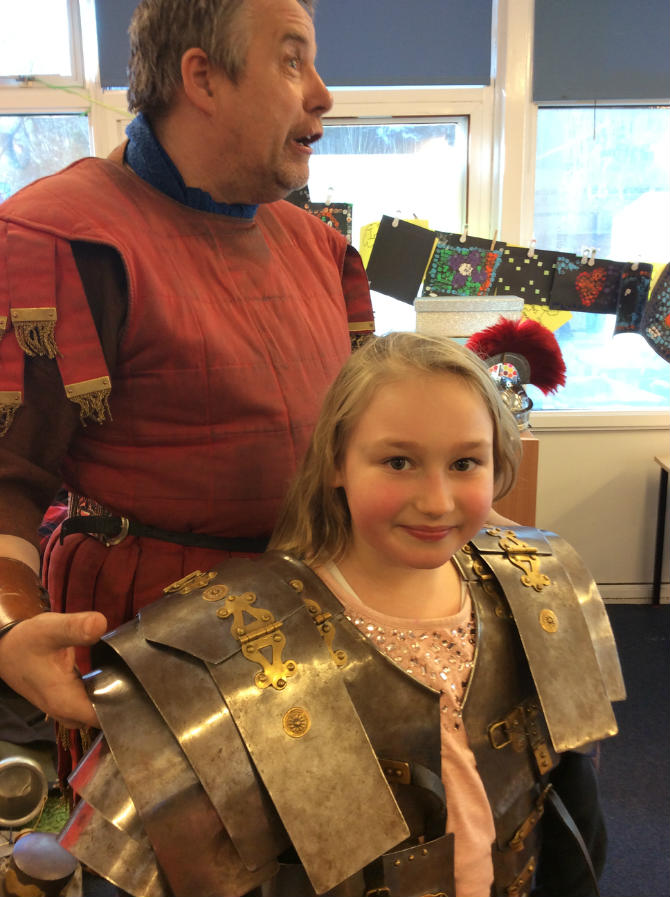 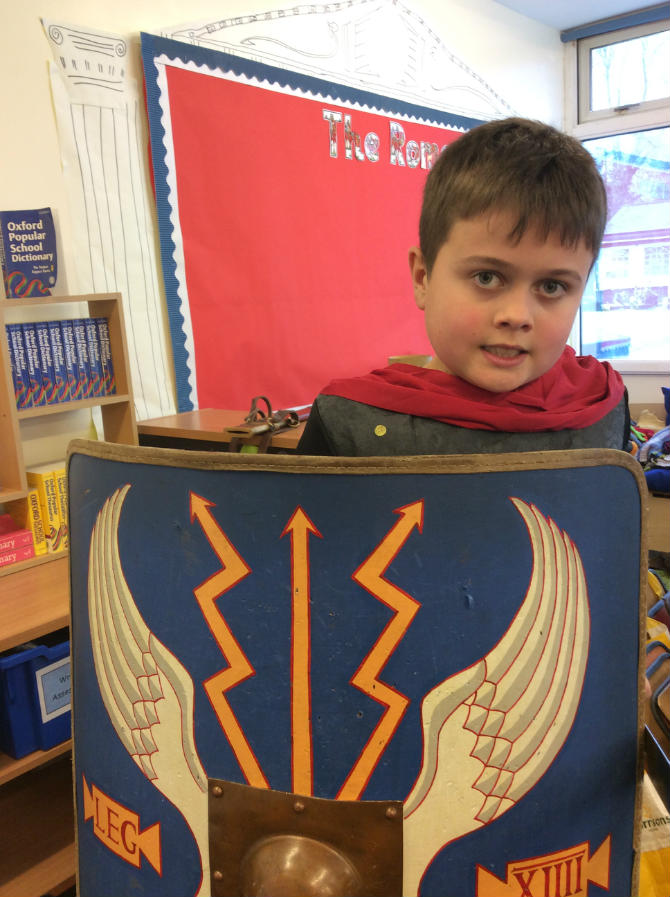 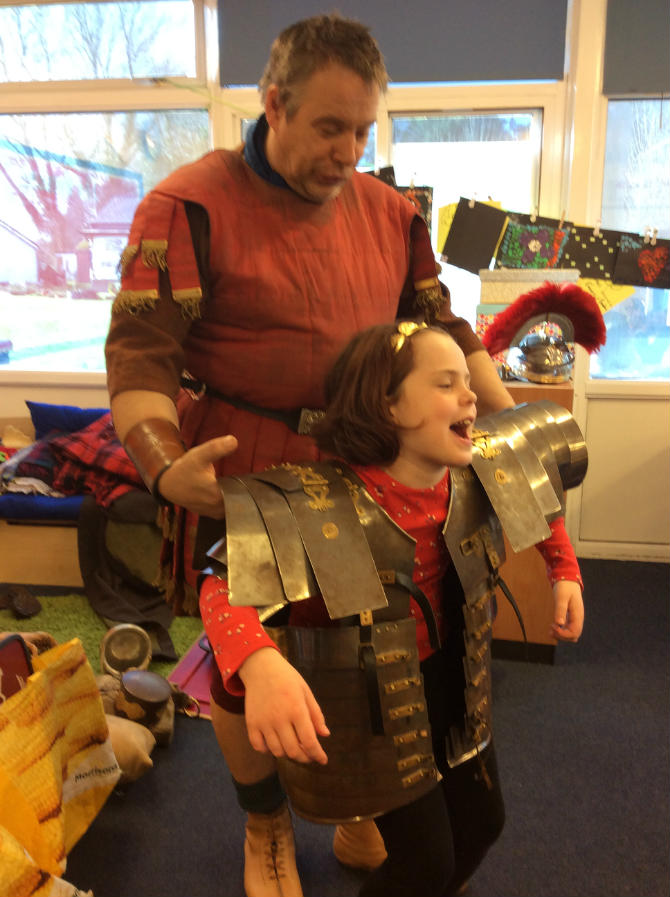 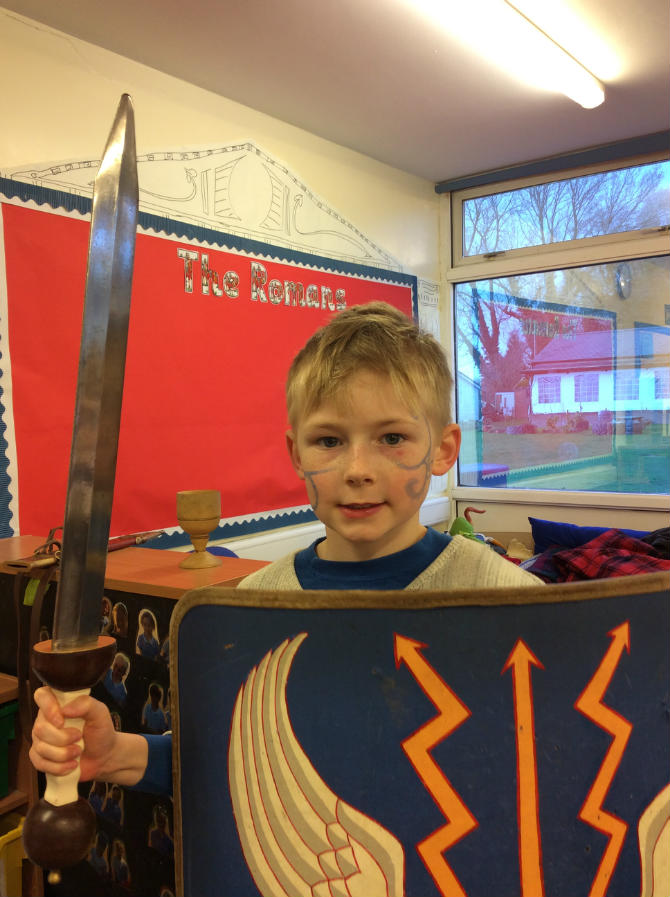 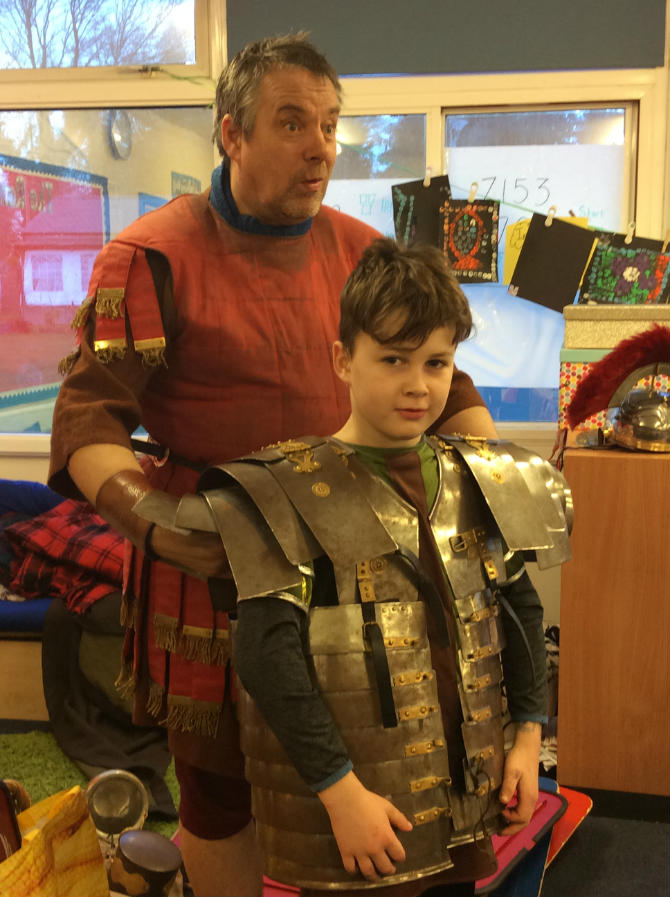 Well done to Class 4 for their brilliant enthusiasm and behaviour and for really getting into the spirit of the day, and a HUGE thank you to Titus himself for taking the time out of his busy schedule in Ancient Rome to time travel to January 2020 to see us. Many more photos from the day can be found HERE.

Class 4 are now more excited than ever for their upcoming Roman Baths trip at the end of the month!