Bosbury Hits Back of the Net in Penalty Shootout!

"He shoots, he SCORES!" Bosbury's budding young Harry Kanes, Mo Salahs and Sergio Agüeros struck the back of the net on Thursday when they took part in a special penalty shootout with our Kidderminster Harriers sports coaches. 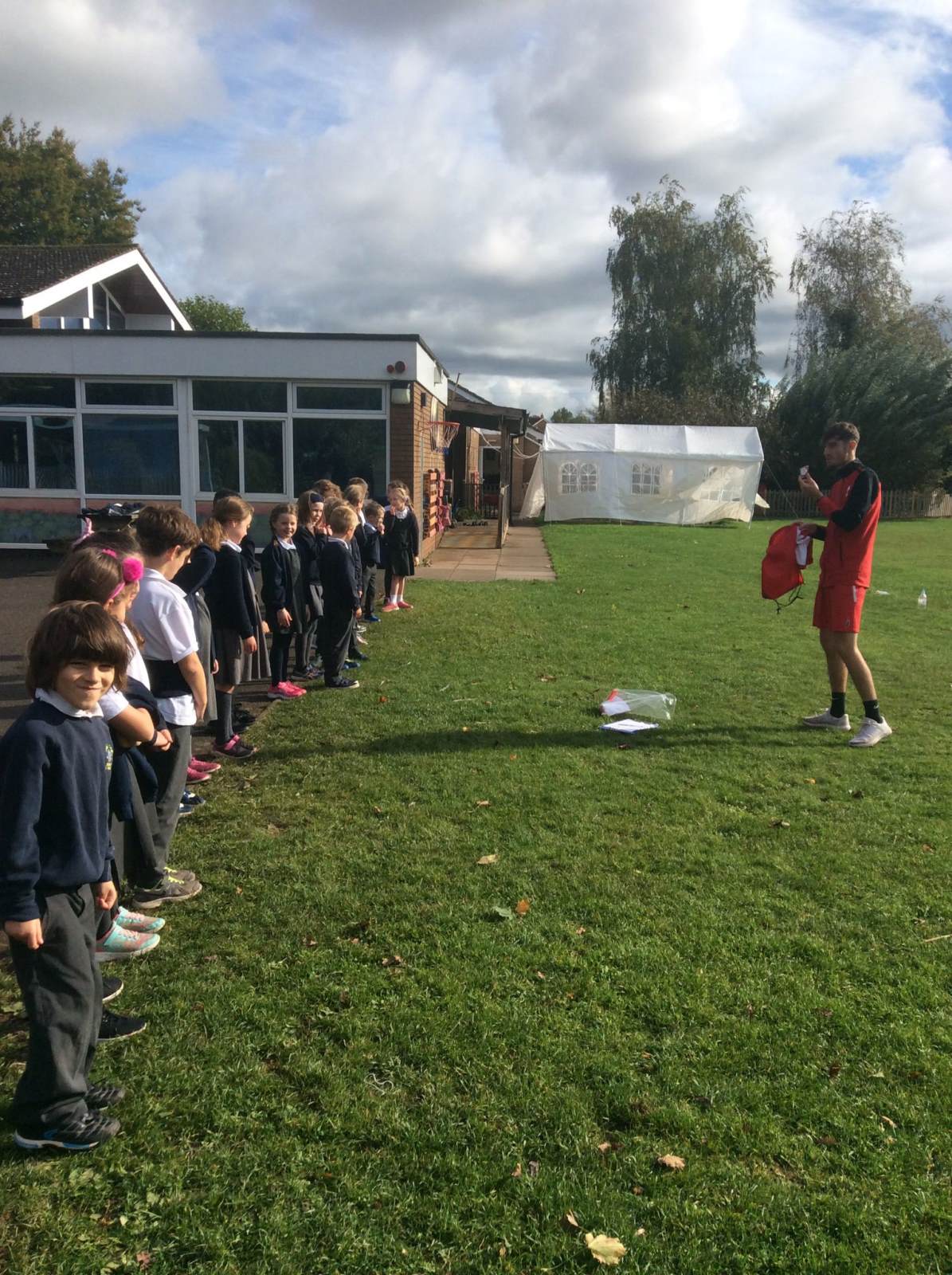 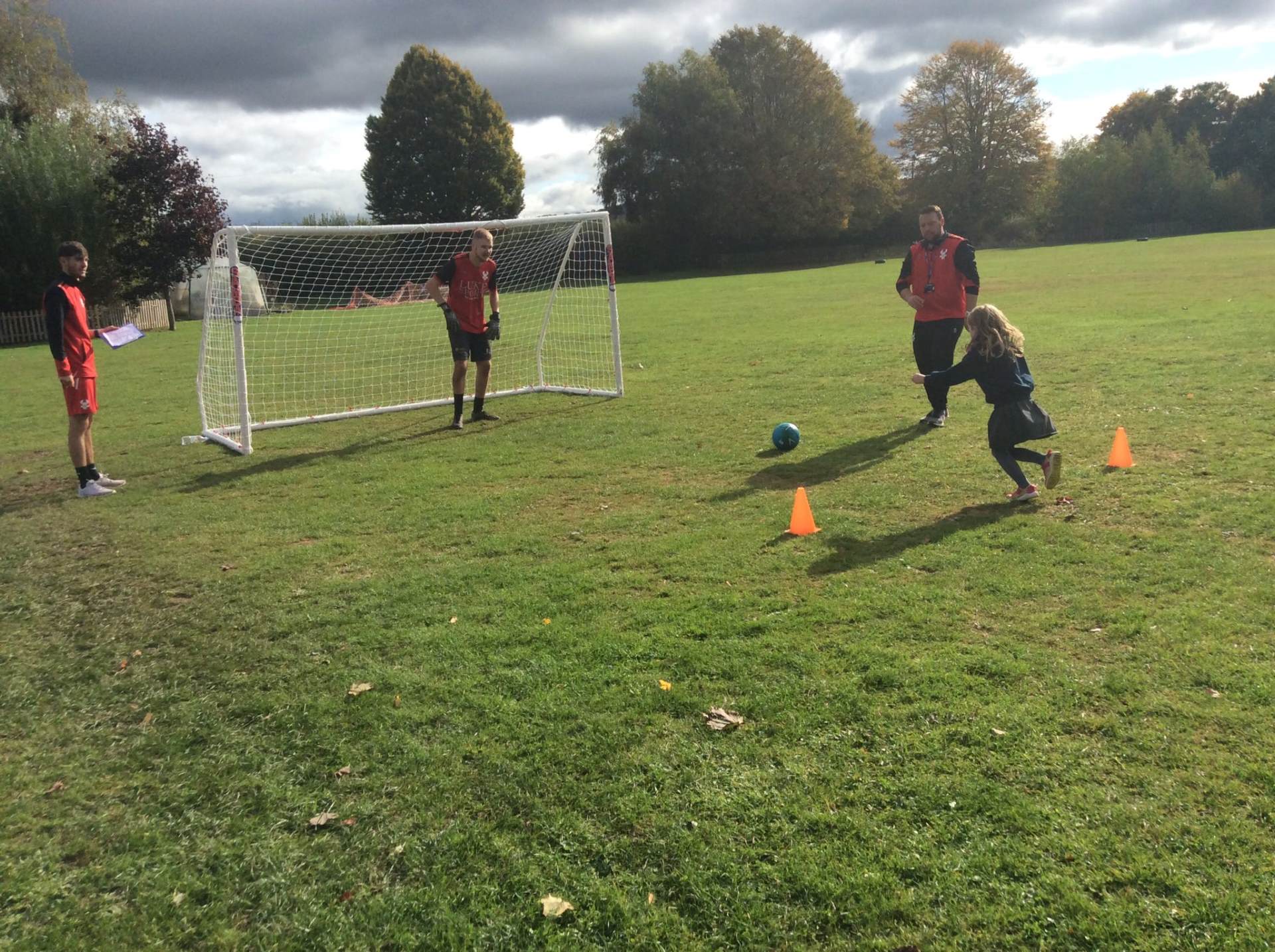 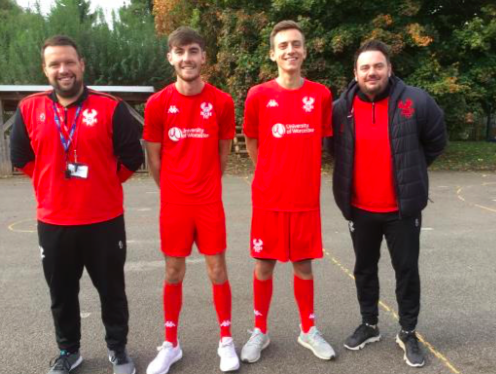 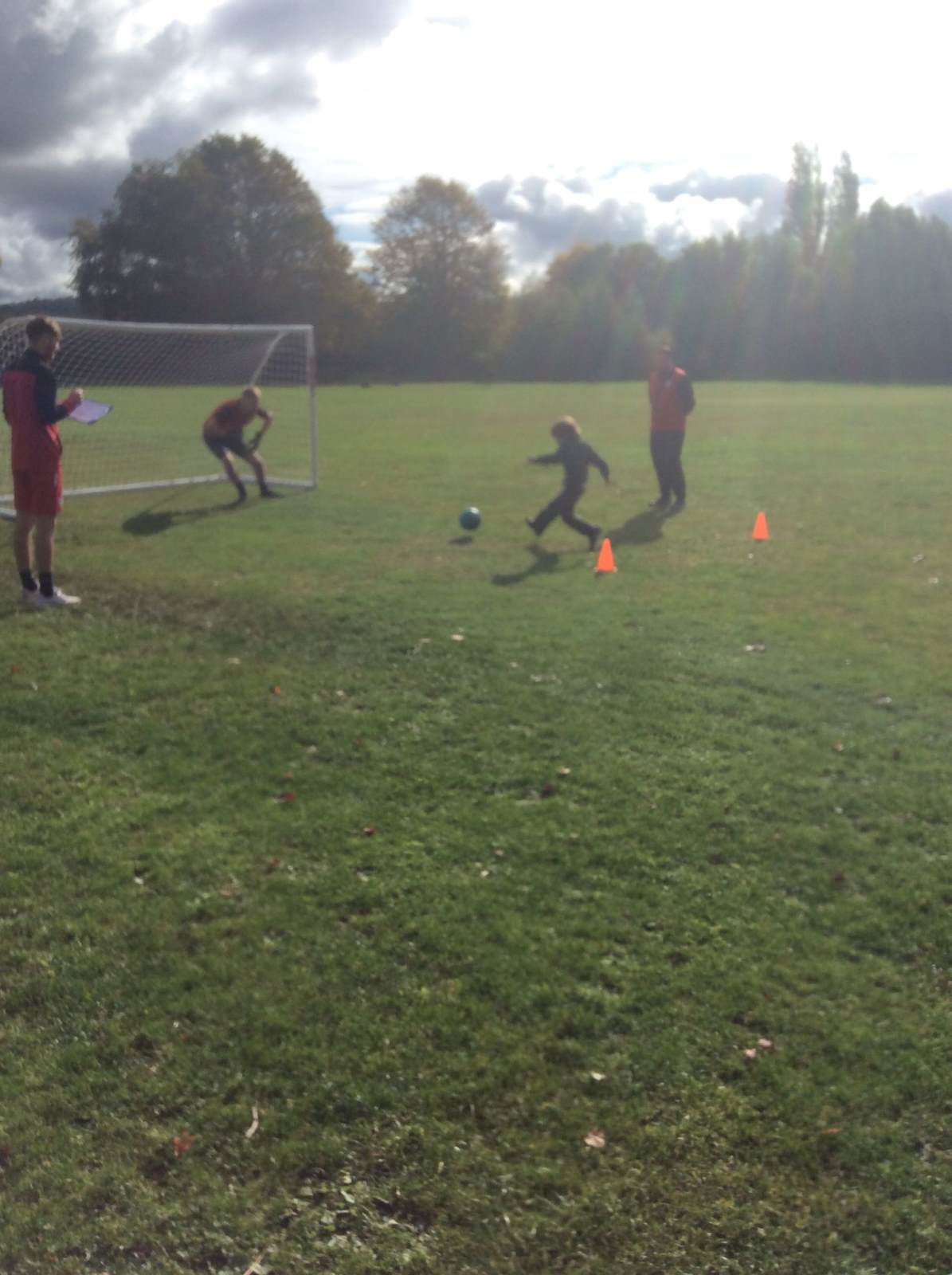 VAR was certainly not needed as ball after ball soared in past the Harriers' goalkeeper, with Key Stage 1 giving their older counterparts more than a run for their money despite a definite highlight of the day being a confident Premier League-standard hat-trick scored by pro striker Max in Class 5. 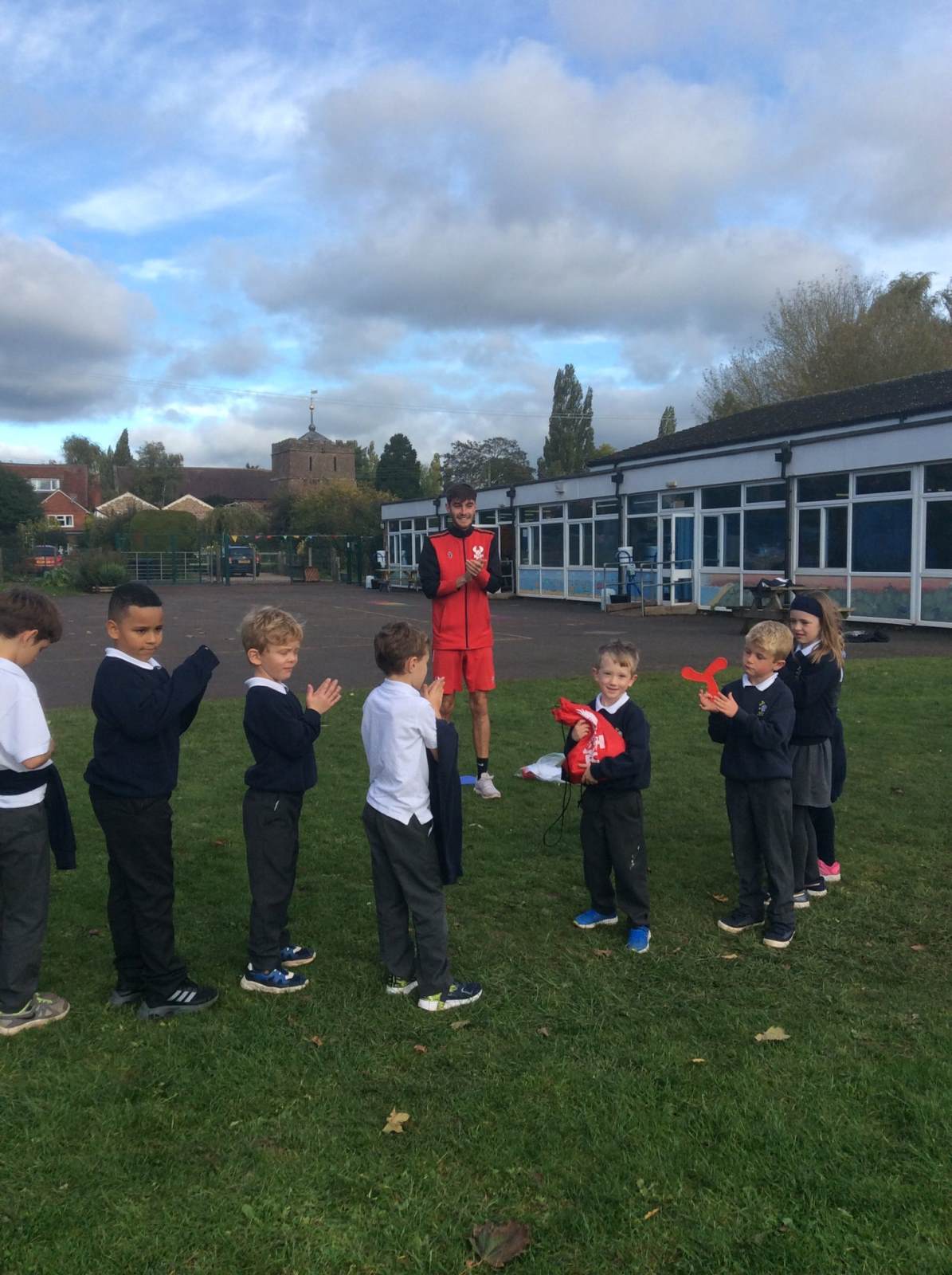 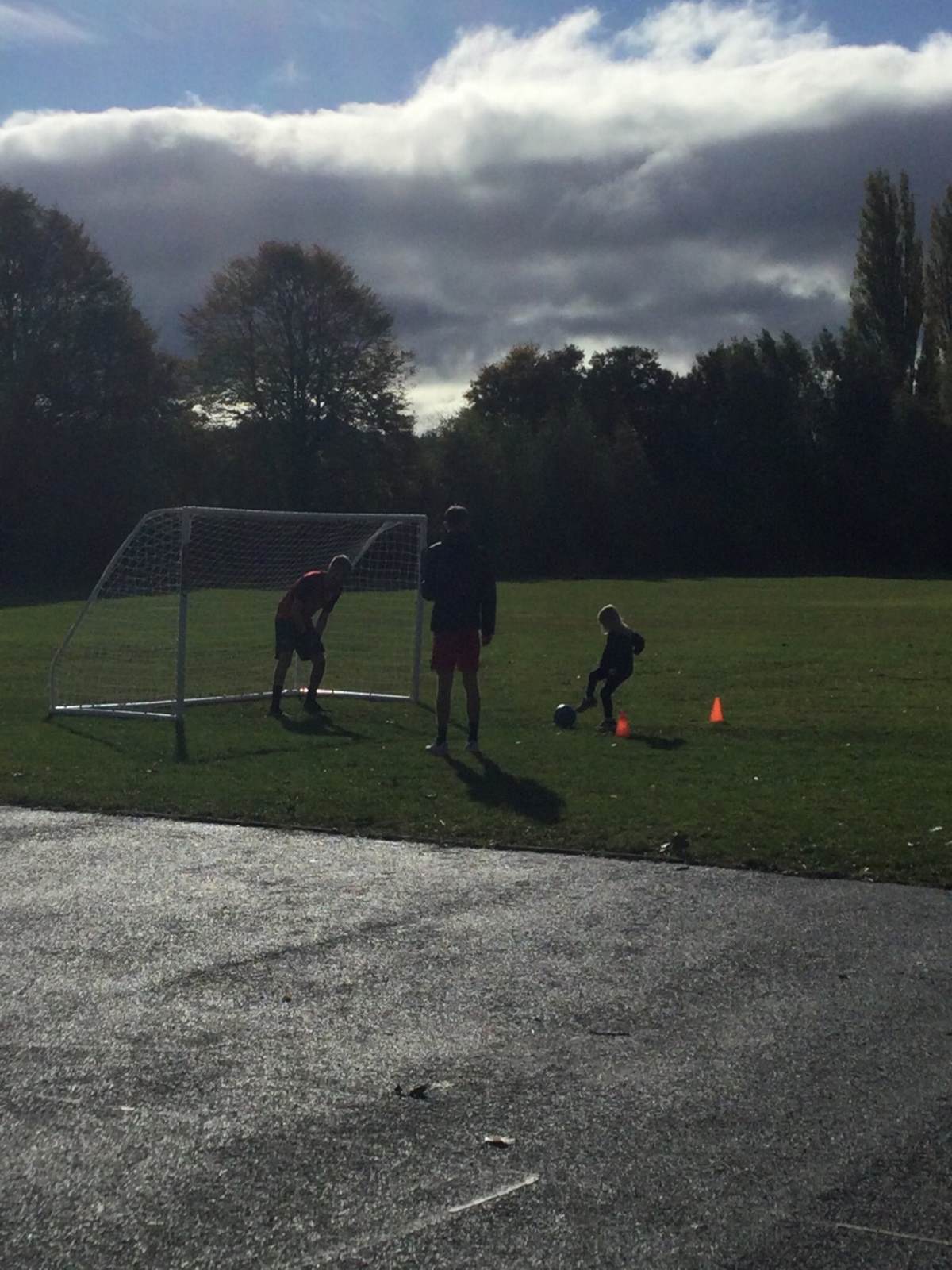 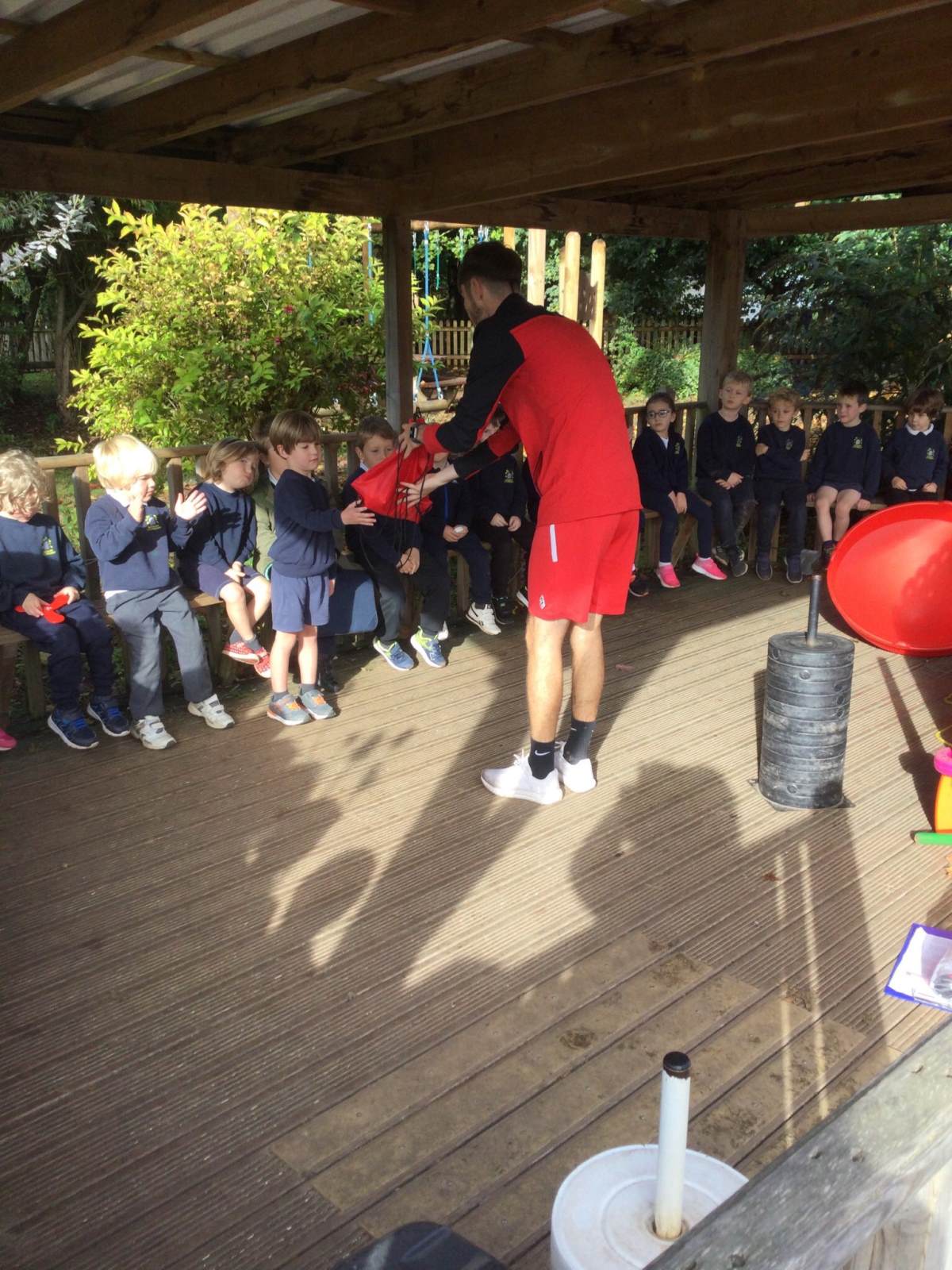 Our returning sports coach Harry awarded KHFC goodies and memorabilia galore for those young footballers who particularly impressed with their skills and clinical finishing, as £140 was raised from donations to enter the competition which will be split equally between purchasing new sports equipment for the school and helping to fund Kidderminster Harriers to allow the club to continue to serve the wider community during these challenging times. 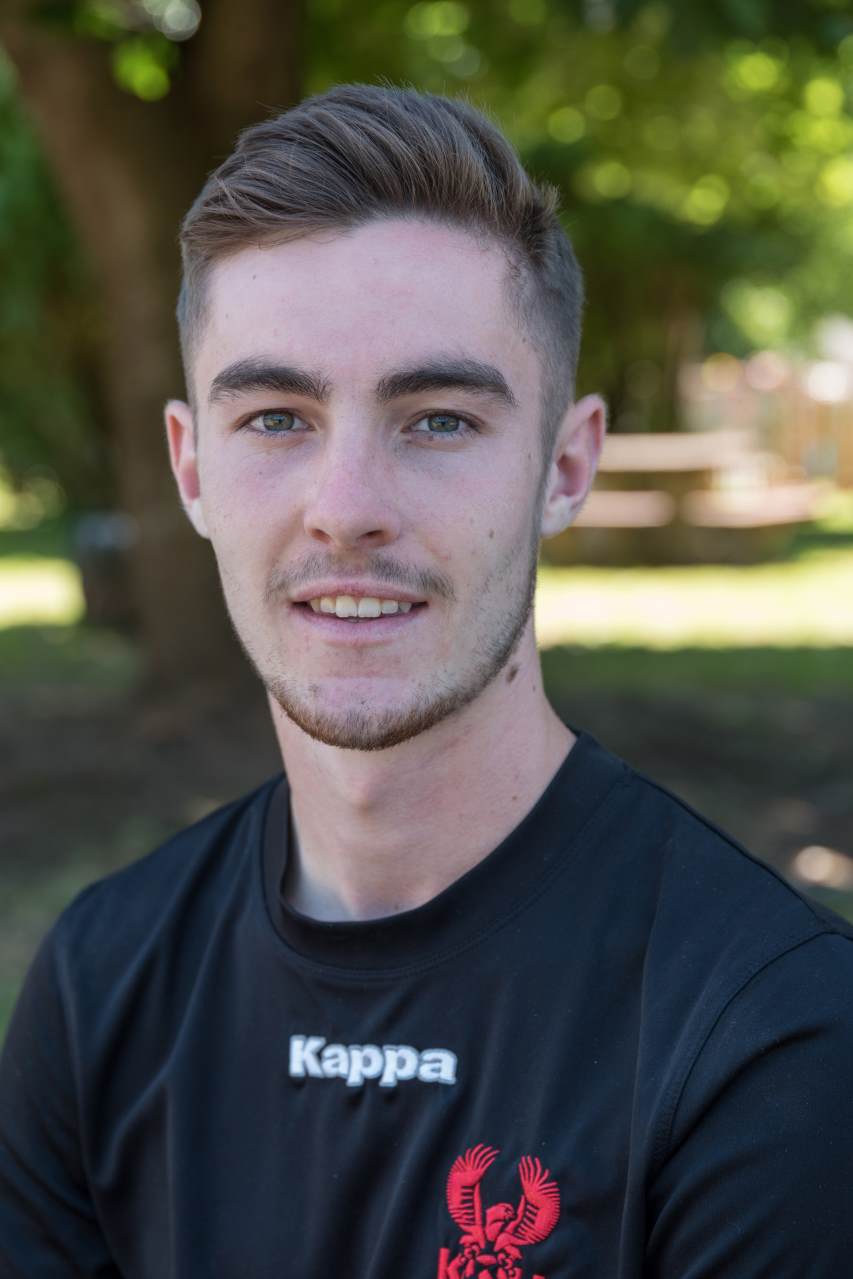 A big well done is also in order to Harry who completed a gruelling marathon challenge earlier in the week to again raise funds for Kidderminster Harriers, starting off from the Key Stage 2 playground at Bosbury, venturing over the Malvern Hills, running through Worcester and crossing the finish line at the Aggborough Stadium in Kidderminster in time for the first team's opening home game of the season.

Congratulations Harry on completing over 26 miles of gruelling running in the ever-changing autumn weather conditions to raise over £1,000 for the club. Here he is with his running partner Jimmy Beardsmore as he is waved off on his epic challenge by Bosbury's young cheerleaders! The video is a second take done to ensure that the full opening was captured, but we are sure that Harry and Jimmy added the additional fifty yards to their mileage after being called back from the top of the school drive!

Well done to Harry our sports coach who has just started his marathon from Bosbury. pic.twitter.com/8QwwHZsEHZ