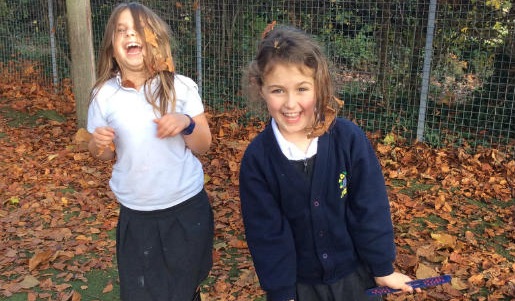 The classic teatime quiz with the late great Bob Holness returns... but with a times table twist! 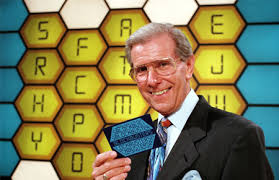 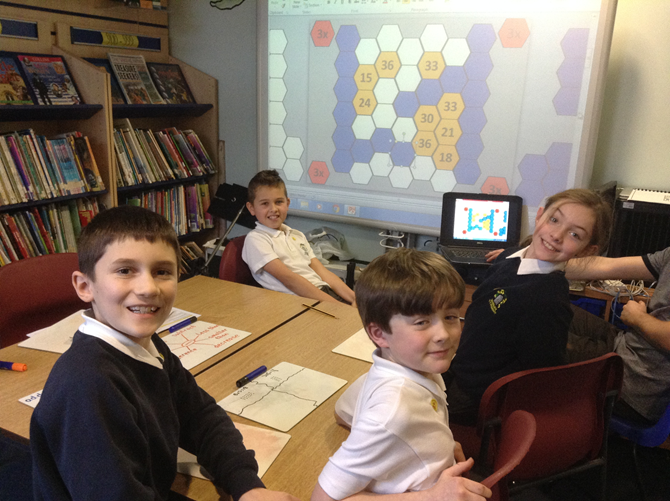 Click on the link at the bottom of the page (you will need to have Microsoft PowerPoint installed on your computer for it to work) to play a special version of the game where knowing your times tables is crucial for success! 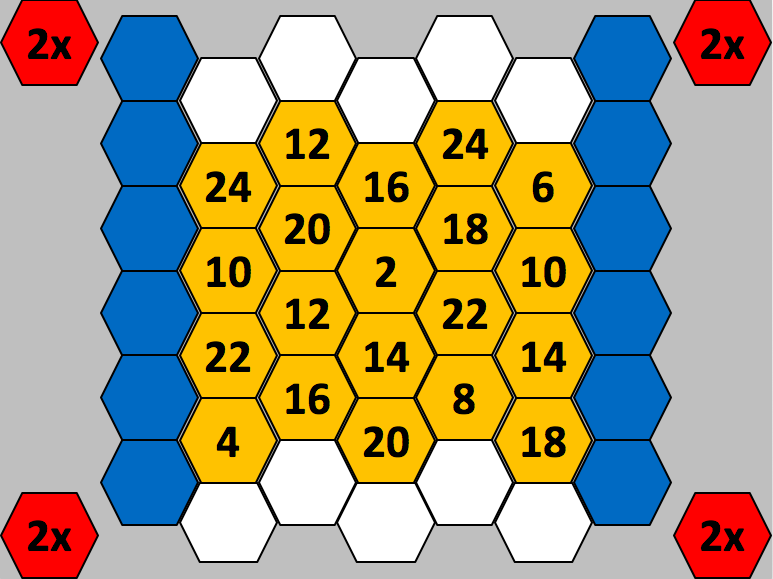 Taking turns, each player or team chooses any one of the numbers in the yellow hexagons and must say how many of the multiple in the red hexagon goes into that number. For example, if a player chose the '14' hexagon on the board above and said that there are seven 2s in 14, this would be correct and they would win that hexagon (a hexagon of their colour is then placed over the relevant number by clicking on one of the coloured hexagons either side of the board and dragging it over).

The white player must connect the two lines of white hexagons at the top and bottom of the board like in the example above to declare 'BLOCKBUSTERS' and win the game... 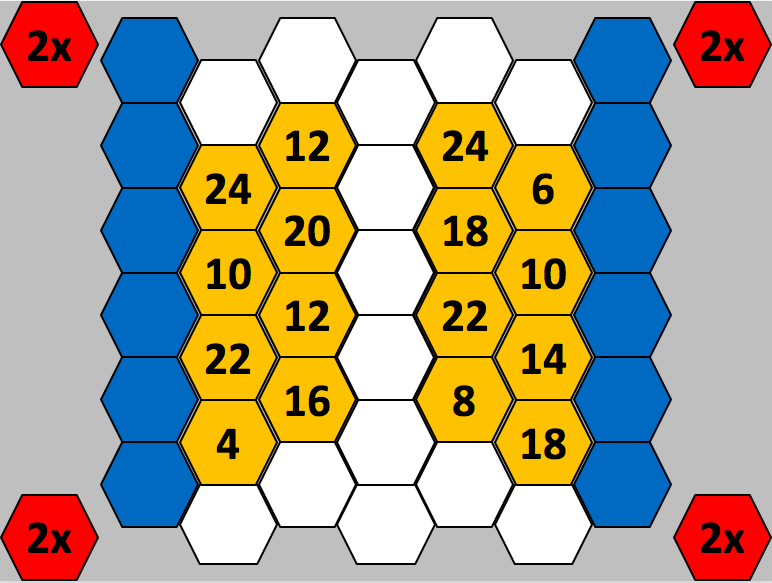 ... while the blue player(s) must aim to connect the two rows of blue hexagons found to the left and right of the board, as shown below. 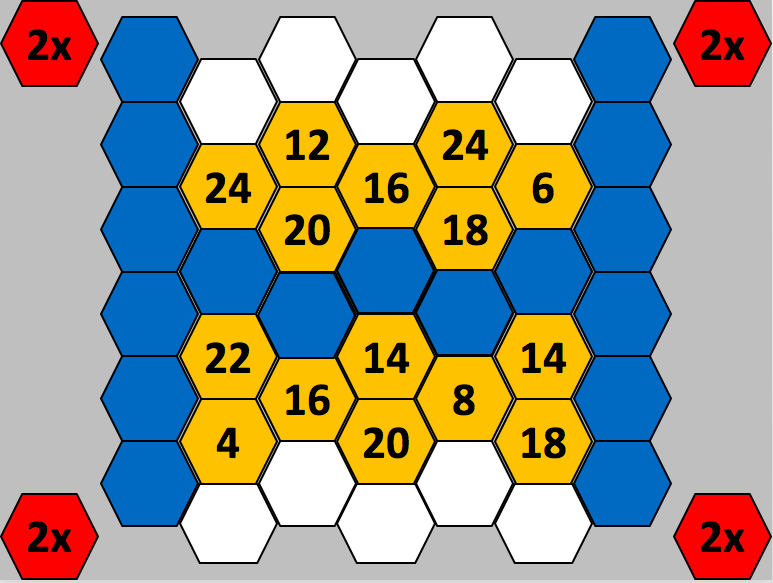 Of course, tactics may come into play, with players attempting to block each other being common... 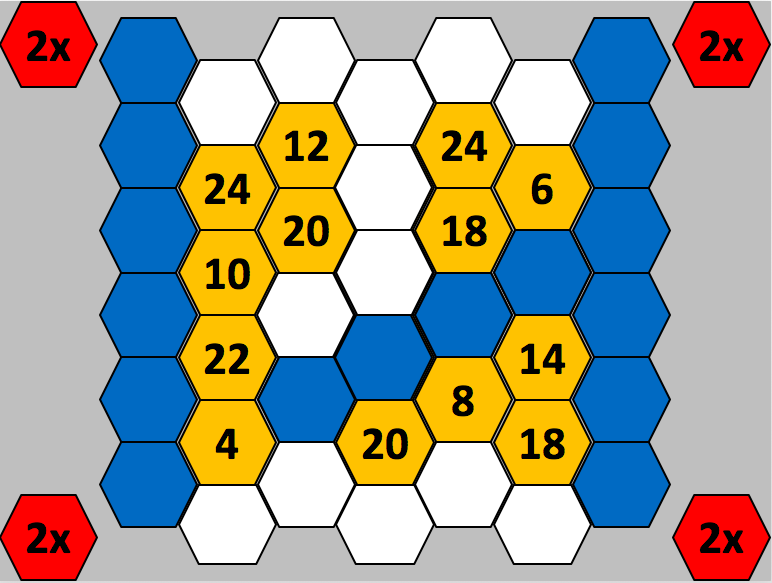 ... until the 'mutual hexagon' situation occurs, where both players / teams need the same yellow hexagon in order to win! The board is designed in such a way that ties are not possible. 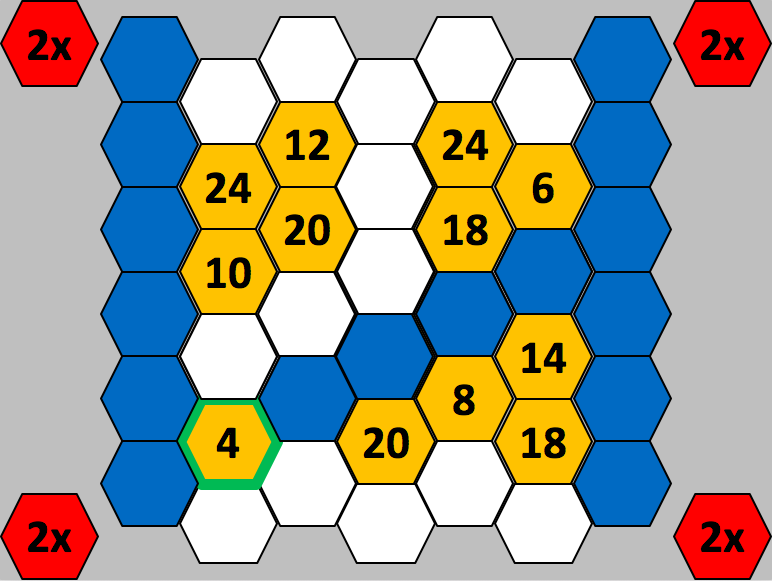 Once a player or team declares 'BLOCKBUSTERS' and wins the game, you could try making it the nest of three games of the same times table, or try using other times table boards for the other games.

After three games are played, the player or team which has won two could then try their luck at the Gold Run! This is a special bonus game where the rules are slightly different. This time, the player must connect the gold hexagons starting from the left and working their way towards the right as shown in the example below. 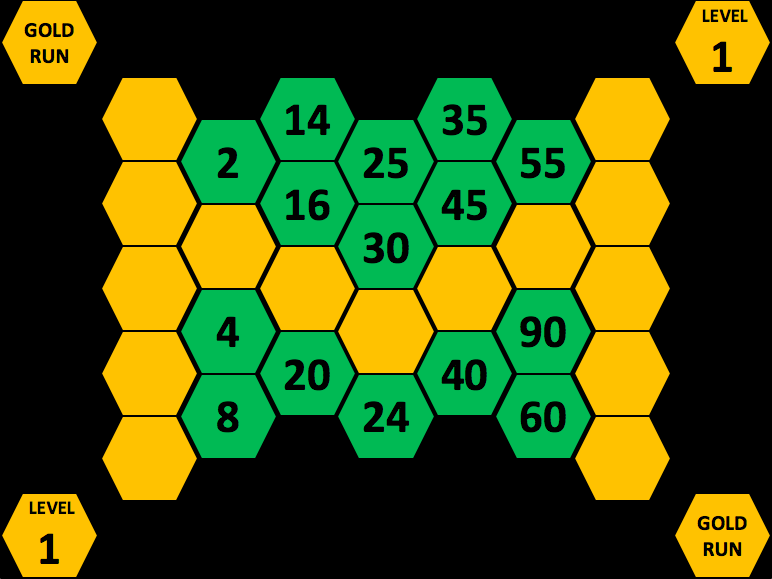 If a correct answer is given, the host drags a gold square from the side of the board on to the relevant green hexagon and the player then chooses the next number, which must be an adjoining hexagon in the next column.

If an incorrect answer is given or the player chooses to pass, the host must block the relevant square with a black hexagon from the side of the board, meaning that the player must then work their way around this blocking square to complete the connection as in the example below. 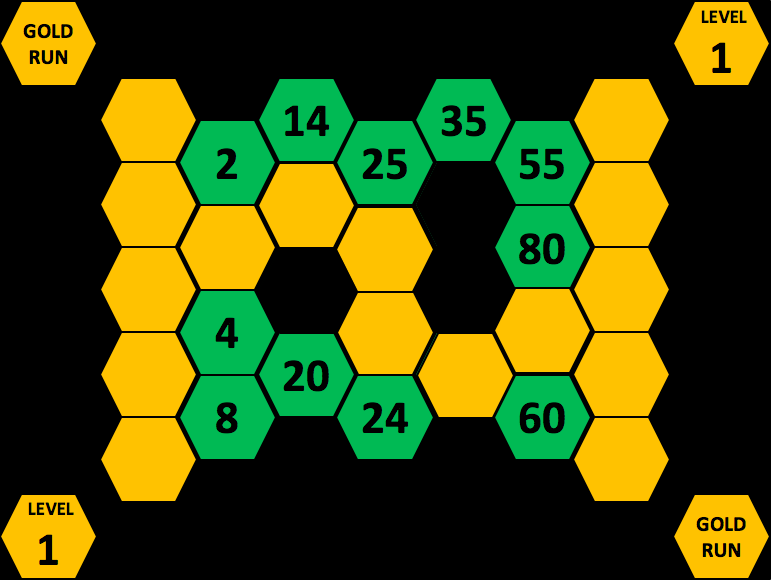 Mistakes and longer routes need to be avoided if possible however, as you only have one minute to get from gold to gold!

If you manage to complete the GOLD RUN, well done! Try a higher level if you manage to win another set of three regular games! The levels are as follows:

Good luck, use the original theme tune below if you wish to add that extra atmosphere... and LET'S PLAY BLOCKBUSTERS!